On this website you can download the Friday Night Funkin’ for a variety of platforms, operating systems and devices, try it online, read answers to questions from players, download music from the game, and also try a lot of mods. 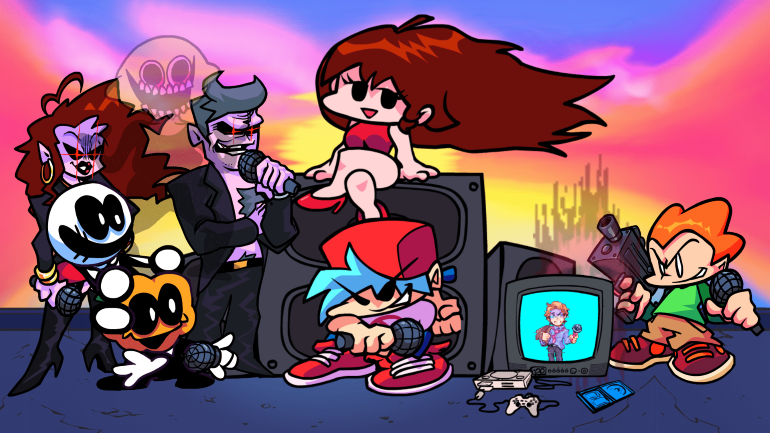 Friday Night Funkin’ is a popular free and open source music rhythm game. Visually, the game is very reminiscent of the flash games that were really popular in the past.. The protagonist in Friday night funkin ’ (or just FNF) is an unnamed character, whose name is simply "Boyfriend". He has to beat other characters in singing and rap contests., to be able to date a girl, known as "Girlfriend". 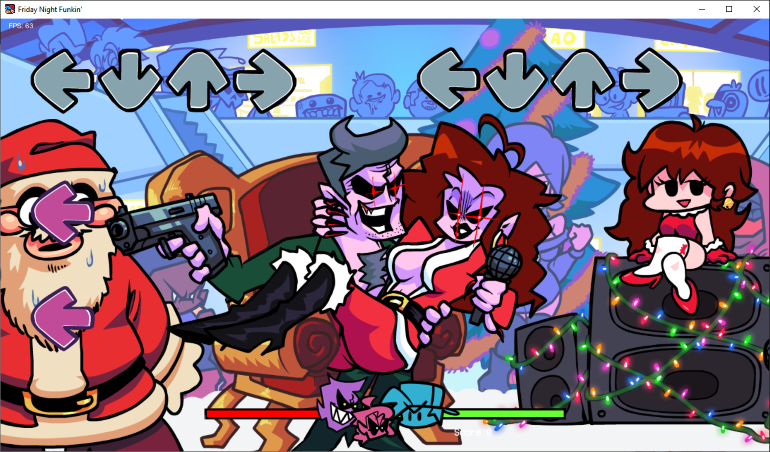 A player have to go through several levels, called "weeks", each containing multiple songs. Every week the player faces a new opponent. Opponent will sing a set of notes (which are displayed like arrows), and the Boyfriend must repeat them, using the arrow keys or W, A, S and D. The difficulty of the game gradually increases. Important to note, sometimes the player's song is different from the opponent's song. 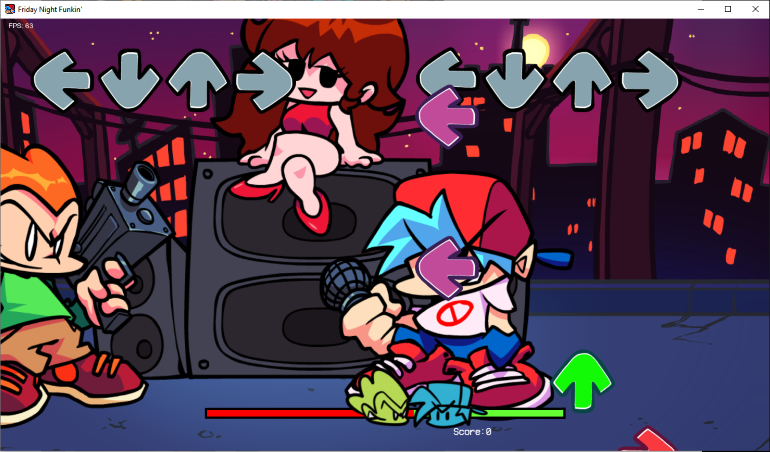 Friday Night Funkin was created by Canadian programmer Cameron Taylor. (also known as Ninjamuffin99), which in October 2020 together with three other Newgrounds users developed a game for the Ludum Dare contest. The FNF prototype was a huge success and the author continued to develop it. Thanks to, that the game is free (a possibility of an optional donation) and open source, today it has an active modding community, which allows the project to develop quickly. 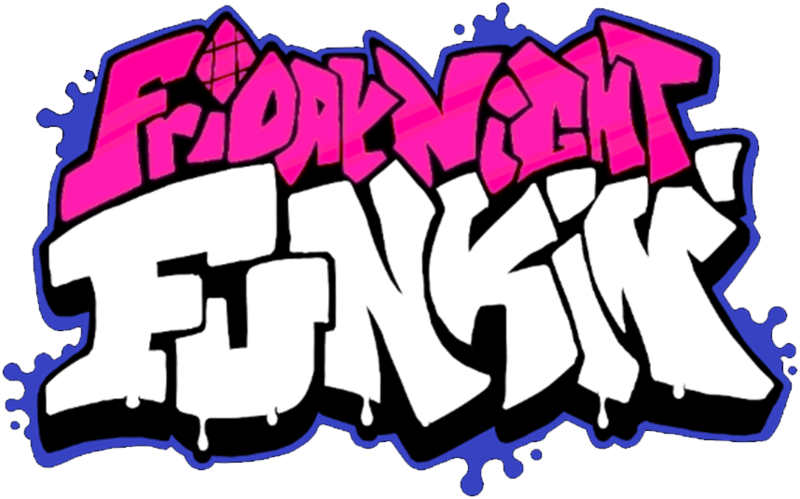 Online 0
Control is carried out using the WASD keys or arrow keys. If the game takes a long time to load or freezes

Online 0
Control is carried out using the WASD keys or arrow keys. If the game takes a long time to load or freezes

Android mods 2
Don't miss another cool mod for Friday Night Funkin'. We present to your attention a very

Android mods 3
Expand your collection of mods with a new one. We present you a high-quality mod for mobile devices

Windows mods 0
Take a look at Friday Night Funkin’ completely new. We present to your attention an exciting mini-game for FNF

Online 1
Control is carried out using the WASD keys or arrow keys. If the game takes a long time to load or FNF: VS Kapi: Arcade Showdown (Windows)
Expand your collection of rivals in FNF musical battles. The modification offers you some more new

FNF: VS Peppa Pig (Windows)
Use the unique opportunity to fight in a musical battle with the favorite of millions - Peppa pig in

FNF: VS Henry Stickmin (Android, Windows)
Haven't fought new rivals on Friday Night Funkin' in a while? Then you are in the right place
by

This site uses cookies to store data. Continuing to use the site, You agree to work with these files.